PRS has a number of partnerships designed to provide clients with an added dimension of service and expertise. If you would like your organization to partner with PRS in the future, kindly send your query to custserv@prsgroup.com. We welcome the opportunity to discuss your goals. 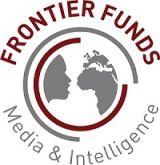 Toggle is revolutionizing investment software by combining artificial intelligence, distributed computing, and advanced visualization to give investors the ultimate 360° view of markets.

Toggle’s professional-grade analytics platform takes cutting-edge AI & computational technologies previously only available to a few elite quantitative hedge funds and pairs them with an intuitive, familiar, and modern user interface, delivering insights to and augmenting the skills of discretionary investors in a streamlined manner.

Founded in the spring of 2019, Toggle is backed by preeminent hedge fund managers, led by the Duquesne Family Office, and its senior team consists of veteran hedge fund managers and technologists from firms such as Duquesne, Brevan Howard, and Fortress.

For some 20 years, The PRS Group has enjoyed a wonderful data partnership with Transparency International (TI), the Berlin-based anti-corruption watch-dog, with more than 100 national chapters. Each year, PRS provides TI with its corruption risk scores for all 140 countries covered by the International Country Risk Guide. The scores are standardized, weighted, and later presented in TI’s annual Corruption Perceptions Index. The Index is published on TI’s website (www.transparency.org). The data from both organizations are used globally, by researchers and practitioners alike, and highlight the issue of corruption in different countries. The data from both PRS and TI are significant resources in the fight against corruption. 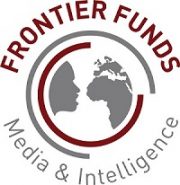 Frontier Funds Media & Intelligence exists to draw responsible investment flows through advancing a better understanding of the challenges and opportunities in the Frontier and Emerging Markets of Europe, the Middle East, Africa, Asia and the Americas.

Every day, Frontier Funds identifies themes that help build awareness of the true socioeconomic and investment landscape by channeling its own insights and those in its network through news and research reports, features, broadcasts and opinion editorials.

Frontier Funds was founded by Gavin Serkin, a prominent writer, broadcaster and commentator for over two decades. Serkin’s book, Frontier, was acclaimed as a “must read” by the Financial Times. Gavin’s work leading Bloomberg’s teams of journalists uncovering the world of derivatives that triggered the global financial crisis won him the Society of American Business Editors & Writers’ Best in Business Award and the Society of Professional Journalists’ Deadline Club Award.

NACM supports more than 15,000 business credit and financial professionals worldwide with best-in-class industry services, tools and information. NACM and its network of Affiliated Associations are the leading resources for credit and financial management information. NACM offers online courses, webinars, audio teleconferences and a Credit Learning Center to advance the knowledge of commercial credit professionals. NACM’s annual convention, the Credit Congress, is the largest educational event and gathering of commercial credit professionals in the world.

Tremendous client demand over the past year has encouraged us to release PRS’ 5th in the Researchers’ Datasets (RDS) series: Political Risk by Subcomponent ( 3Ba).

This dataset offers annual averages (since 2001) of the 15-political risk subcomponents of 140 countries from the International Country Risk Guide (ICRG). The most granular approach to overall risk geopolitical assessment delivers a thoroughly vetted, quant-based look at the building blocks of government stability, the bases for a country’s socioeconomic health; the key risks facing business and investment, from contract repudiation to transfer and payment delays; to the increasingly important role that local and international politics plays in relation to forms of internal dissent (strike activity, terrorism, civil war) and to global relations (cross border conflict, sanctions).

With a more nuanced look at those metrics used most often in the scholarly literature to assess geopolitical risk, RDS 3Ba provides unmatched insights at a tremendous value.