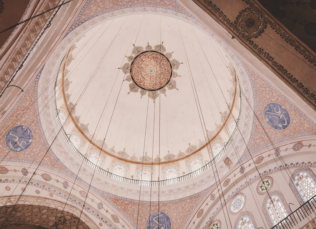 PRS’ coverage of the Americas this month includes reports on Chile, Venezuela, Ecuador, and Peru, where domestic political tensions continue to run dangerously high more than a month after President Pedro Castillo’s illegal attempt to dissolve the Congress resulted in his ouster from office less than 18 months into his five-year term. Protests by Castillo’s supporters have frequently resulted in deadly clashes with the military, which has been granted expanded powers under an emergency declaration issued by Castillo’s replacement, Dina Boluarte. The turmoil has widened an existing urban-rural divide and could create a pretext for the military to assert itself as an overtly political player, a risk that has become more pronounced amid an international outcry over the recent violence and demands for an investigation of possible human rights abuses stemming from the deadly crackdown on protesters.

The reporting will include an assessment of the general outlook for governability, given Boluarte’s lack of a popular mandate, the presence of a hostile majority in the Congress, and rising popular demands for the dissolution of the legislature and an early election. More specifically, PRS will examine what heightened tensions between the capital and outlying regions portend for indigenous protests major mining projects that have inflicted significant harm on both the national economy and Peru’s reputation with investors.

Turning to the Middle East and North Africa, the roster for January features a report on Libya, where the continued division of authority between rival administrations based in Tripoli and Benghazi creates significant security and institutional risks that have understandably deterred investors, to the detriment of economic stability and living conditions. The analysis will assess the prospects for overcoming the obstacles to holding national elections that were supposed to have taken place in December 2021, which the UN and others have warned is essential to preventing a permanent division of the Libyan nation, a danger magnified by the continued presence of large numbers of foreign military forces from countries for which reunification of the eastern and western regimes is not necessarily in their interest.

Coverage of Asia this month includes reports on Indonesia, Vietnam, and Thailand, where recent polling data points to a landslide victory for the allies of exiled former Prime Minister Thaksin Shinawatra if an election is held in the first half of 2023, as required under the constitution. The constitution drafted under the watchful eye of the junta that toppled Yingluck Shinawatra’s government in 2014 includes various safeguards designed to limit the exercise of power by an anti-establishment administration. However, the installation of a government headed by Thaksin’s allies would likely be accompanied by chronic institutional turf battles that would heighten the risk of debilitating instability that could tempt the generals to again take direct control of the government.

The analysis will focus on how a victory for the pro-Thaksin political forces would impact political risk for business, along with an assessment of the reputational repercussions of moves by the incumbent military-backed government to deny a victory to the Pheu Thai Party. PRS will also discuss the implications of the various near-term political scenarios for the performance of the economy, which has become a subject of uncertainty amid clear signs of weakening external demand.

As well as featuring Serbia this month, our coverage of Eastern Europe is led by Croatia, which became the 20th member of the eurozone on January 1, 2023, in the currency area’s 24th year of existence. As well as weighing up the pros and cons of a small, tourism-led country formalizing its EU status by adopting the single currency, our brief update considers the government’s tenuous hold on parliament amid ongoing reverberations from the corruption crisis that has enveloped former ministers of state. Croatia’s border risks are also mentioned, amid the war in Ukraine and Europe’s persistent asylum and immigration crisis, and our analysis extends to a full macroeconomic risk outlook, complete with forecasts for GDP growth, inflation, and fiscal metrics.

Jordan is the focus of our coverage of the Middle East and North Africa this month in the light of recent labor strikes by truckers and transport workers, and some rather concerning outpourings of violence across the country, ostensibly caused by the cost of living despite prices being heavily subsidized. Our synopsis looks more deeply into the root causes of the unrest, how the government is responding, and what impact it is having on an otherwise vastly improved post-pandemic investor climate, which owes itself in no small measure to the financing and conditionality set out in an ongoing IMF extended fund facility lending program (running to 2024). As well as including forecasts for key macro-fiscal variables for 2023, our report also investigates Jordan’s testy relationship with Israel, and the government’s ambitious plans to build a new city bringing new contracts.

Finally, in sub-Saharan Africa, we delve into the civil strife and debt crisis afflicting Ethiopia, and how it will impact on potential investors in the coming year, noting the government’s ongoing efforts at reform include setting up a stock exchange (within two years) and opening-up the banking sector to foreign capital. As well as looking into the likely success, or not, of the peace deal signed between the government and the Tigray People’s Liberation Front, in November, to end the two-year conflict, our report casts a spotlight over the country’s debt scheduling and foreign currency reserves coverage, and ultimately the prospect of an IMF program to avoid the prospect of a payments default. We also put Ethiopia’s risks in a regional context with our take on the tensions caused by the Grand Ethiopian Renaissance Dam project, and their effect.

Note for the month of January, we are offering 15% discounts on our data subscriptions to the International Country Risk Guide (ICRG) and CountryData Online (CDO).  Contact us a custserv@prsgroup.com for more information.