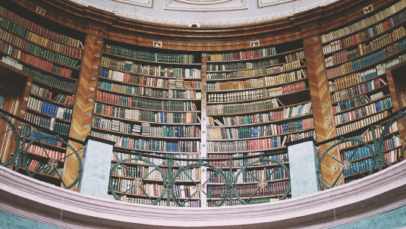 PRS’ coverage of the Americas this month includes reports on Argentina, Honduras, Peru, and Colombia, where a leftist presidential administration will take office on August 7. Gustavo Petro has pledged to implement tax increases targeting the wealthy to finance social programs and favors an expanded role for the state in the pension system. Perhaps most controversially, he has advocated a halt to oil exploration and the development of renewable sources of energy. The analysis will include a discussion of how the composition of the new Congress is likely to affect Petro’s prospects for success and what compromises he might need to make to secure majority backing for his priority initiatives. The risk assessment will also include an examination of what Petro’s key Cabinet picks imply about his policy aims.

In Asia, we’ll investigate the issues affecting investors in China ahead of the leadership appointments in the fall that are likely to confirm a third term for President Xi Jinping. The economic slowdown and real estate sector debt problems – partially linked to the country’s undying commitment to a zero-covid strategy – are creating an increasingly authoritarian and assertive regime, which, in turn, are posing risks to investment, trade and to potential conflict. Our report considers into China’s global security initiative as a competitive threat to US hegemony and how the Chinese Communist Party is seeking to forge new alliances – partly through the Belt & Road Initiative and the Shanghai Cooperation Organization – by deepening relations with other anti-western countries, such as Iran and Russia (inter alia). While our report notes the fact that – due to its size – China remains a key investor market, our report goes on to assess whether this will remain the case while noting outflows of foreign funds from the bond market. Our risk narrative goes on to assess the latest spat with Washington over Nancy Pelosi’s visit to Taiwan amid increased militarization in the South China Sea region, and we look at forecasts for GDP growth specifically, among other macro-fiscal variables to gauge China’s overall economic health.

As well as looking ahead to the general election in Sweden in September, and the major implications for policymaking, our coverage of Western Europe this month assesses the political and economic risks influencing asset prices in Germany, which has been generally one of the safest euro zone countries in which to invest. As well as delving into the crisis surrounding Deutsche Bank – which is once again tarnishing Germany’s commercial reputation in the wake of the carmakers’ emissions scandal – our coverage includes looks how key issues, such as inflation, increased defense spending and an energy crisis caused by the temporary suspension of Russian gas supplies are all affecting the rainbow coalition led by Chancellor Olaf Scholz.

Factoring into these issues are state election results, the latest of which were held in May in North-Rhine Westphalia and Schleswig-Holstein, which highlight shifting voter preferences towards the governing parties plus the conservative union now in opposition. Our report looks at how this will affect plans to phase out nuclear power as we consider how Germany will survive the coming winter with insufficient gas supplies and what impact this and an already sky-high inflation rate will mean for the economy, including labor relations with strike action increasing as trades unions attempt to gain inflation-busting pay rises.

Coverage of Eastern Europe and Central Asia will include reports on Romania and Kazakhstan, where President Kassym-Jomart Tokayev has solidified his power at the expense of his predecessor, Nursultan Nazarbayev, and the former president’s allies since suppressing a bout of deadly unrest with help from Russia back in January. Constitutional changes approved in a referendum in early June stripped Nazarbayev of lifetime privileges, including protection from prosecution, and Tokayev followed up with a crackdown on corruption that will further weaken the elite faction tied to the Nazarbayev clan.

The report will discuss how Tokayev is likely to use his enhanced authority, and how his political strategy figures to affect risks related to government stability, security, and the climate for business. In that vein, the analysis will address the implications of Tokayev’s adoption of a pragmatic posture in response to the Russian invasion of Ukraine, which could create an opportunity to chart a more fully independent foreign policy direction, but also carries a danger of provoking retaliation by Moscow that negatively affects numerous risk variables.

Turning to the Middle East and North Africa, our coverage in August will include reports on Kuwait and United Arab Emirates, where Mohammed bin Zayed Al Nahyan, the long-time de facto leader of the federation, officially took power in mid-May, becoming emir of Abu Dhabi and president of the UAE, following the death of his half-brother, Khalifa bin Zayed. The formal change of leadership is not likely to have a substantive impact on policy direction, but the transition comes at a time when a fiscal windfall generated by a steep rise in prices for the UAE’s oil and gas and friendly overtures from economic powers looking to reduce their dependence on Russian energy supplies have provided Mohammed with significant room to be creative and broaden his ambitions.

The report will examine how recent developments might impact the ongoing effort to diversify the federation’s economy, and what that portends in terms of policies related to the climate for investment and trade. In addition, PRS will assess what the shifting foreign policy landscape means for security risks that were highlighted earlier in the year by a series of drone attacks in Abu Dhabi.

In our coverage of sub-Saharan Africa this month we include fully refreshed reports on the Democratic Republic of Congo and Zimbabwe which is mired again in a debt crisis, with inflation and borrowing rates spiraling. In the DRC, we assess political stability ahead of the next presidential elections scheduled for 2023 and, considering an upsurge in violence in the eastern part of the country, which has created tensions with neighboring Rwanda. Our report also investigates the results of the provincial elections that were held in May for any pointers to the next national vote, and we assess whether former president Joseph Kabila, or one of President Felix Tshisekedi’s former allies, Jean-Marc Kabund, will have any impact on the political scene, with the latter having just formed a new political party. Our report goes on to evaluate the regulatory uncertainty, logistical challenges, and environmental concerns connected to the latest oil and gas licensing round as well as a proposed new bridge linking the capital Kinshasa with Brazzaville in the Republic of Congo. The implications for the economy are then analyzed as we round-out with projections for the key macro-fiscal indicators.