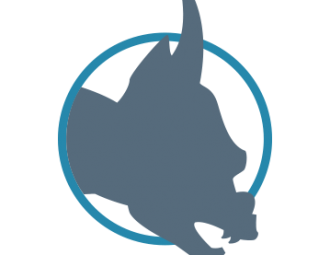 In addition to updates on Argentina and Chile, PRS’ coverage of the Americas this month includes fully revised reports on Suriname and Peru, where an early election held in late January inflicted heavy losses on establishment parties, and produced a highly fragmented Congress in which the largest party—the liberal and centrist Popular Action—won just 25 of the 130 seats up for grabs.  The success of new competitors and parties previously shut out of the Congress reflects a strong anti-establishment sentiment that may generate momentum behind President Martín Vizcarra’s anti-corruption campaign. However, the ideological diversity of the newcomers raises serious doubts about the administration’s prospects for securing majority support for a broader liberal agenda before voters elect a new president and again refresh the membership of the Congress in April 2021.

The report assesses Vizcarra’s chances of implementing reforms aimed at weakening the prosecutorial immunity of lawmakers, enhancing the transparency of campaign financing, and bolstering the independence and efficiency of the judiciary.  The analysis also includes an examination of what Vizcarra’s success or failure in the near term portends for the outcome of the 2021 elections and the outlook for improvements to the business climate more generally over the medium term.

Our coverage of Western Europe this month includes reports on Austria, Spain, and United Kingdom, where Boris Johnson’s Conservative Party gained a parliamentary majority at the snap general election held in December following a tortuous period in the House of Commons attempting to approve a Brexit deal. The prime minister took immediate advantage of this by promptly leaving the EU on January 31, to end 47 years of membership, albeit under a transition arrangement through to the end of December maintaining the UK’s de facto membership and providing time to negotiate a future trade arrangement.

The report analyses various scenarios for investors to contemplate, ranging from the favored Canada-style free trade agreement, to other types of full or partial trade deals which might ensue. Our report also looks at how the government’s legislative strengths will impact on policymaking as we look closely at the agenda for the coming years, notably in terms of increased spending on the regions and public services, and what they imply for the fiscal metrics. The analysis rounds out by looking at the state of the UK economy in terms of manufacturing and services data underpinning economic growth and inflation prospects to gauge the likely path for interest rates and pound-sterling over the coming year, and also discuss the health of UK banks to gauge credit risk.

Coverage of Eastern Europe will include a report on Czech Republic, where Prime Minister Andrej Babiš continues to be dogged by the threat of prosecution over allegations that one of his companies obtained EU support on fraudulent grounds.  The legal scrutiny will continue to pose a threat to the unity of the ideological diverse coalition government headed by the center-right ANO, but President Milos Zeman’s pledge of a blanket pardon for Babiš and his stated preference for ANO’s continued leadership of the government will limit any immediate benefit the junior partners in the governing coalition might derive from withdrawing their support from the government.

In addition to assessing the risk of near-term political instability, the report examines the incumbent administration’s near-term policy agenda and weighs its chances of implementing those items that are of greatest significance for the business climate.  The report also lays out alternative regime scenarios for the period following the parliamentary elections that must be held by October 2021 and discusses how changes in the configuration of the governing coalition could impact policy priorities and macroeconomic performance.

Turning to the Middle East and North Africa, the roster for February includes an update on developments in Syria and a new report on Kuwait, where the chronically tense political climate was jolted in December by the resignation of Prime Minister Jaber Al Mubarak Al Sabah, amid public sparring between members of the royal family over allegations of embezzlement at the Ministry of Defense. PRS will assess what the friction among the sheikhs means for the ongoing power struggle between the popularly elected legislature and the royally appointed government, and how that figures to impact the long-term effort to create a more inviting climate for foreign investment, which will be essential to the success of a program to diversify the oil-dependent economy.

In our coverage of sub-Saharan Africa this month, which also includes a report on Congo Republic, we provide an in-depth analysis on prospective developments in Guinea. Concerns have been raised since the octogenarian president Alpha Condé announced in December his intention to put a new constitution to a referendum, which given rather vague wording would seem to be a barely concealed attempt to extend his tenure beyond the conclusion of his second (and, under current rules, final) term later this year. That suspicion, if officially confirmed, is likely to spark violence as tensions have already increased in recent months, with clashes occurring between demonstrators and security forces.

Our report looks at how the constitutional push will play out in the legislature where Condé’s support party has a plurality of seats, but not a majority, and how he may attempt to influence this at the delayed legislative elections due to be held by mid-February. We also look into Guinea’s progress under the three-year Extended Credit Facility lending program from the IMF, focusing on economic growth prospects, fiscal stability, and reserves coverage illustrating the country’s ability to maintain imports payments. In that light we assess how the political instability is affecting the business environment, including the risks to mining sector operations.

Our coverage of Asia and the Pacific this month leads with an in-depth assessment of the risk outlook for China in 2020. Our report focuses on the “phase-one” trade deal with the US, and how this might affect the economy and trade relations going forward. We also take a measured view on the novel coronavirus (n-Cov) outbreak, evaluating how it might affect the political dynamic among President Xi Jinping, the Communist Party, and the bureaucracy. We also make a considered judgment as to how the authorities will likely act from here on as the virus spreads, identifying which sectors, such as aviation, will be most affected, and what this will mean for key macro-variables, including real GDP growth, unemployment, and inflation in 2020. Our report goes on to ascertain how China’s foreign policy is likely to develop in the coming months, looking at bilateral relations with Australia, European countries, and the US, as well as disputes with Hong Kong and Taiwan. We also look in detail at the Fourth Plenum of the CCP’s Central Committee held late last year and what it means, if anything, for internal party affairs and economic reform, as we review recent and prospective law changes affecting the financial sector, the economy, and national security.

Since 1979, The PRS Group Inc., has been a global leader in quant-based political and country risk ratings and forecasts. This commentary represents a sneak peek from our upcoming political risk reports. For more information please contact us at (315) 431-0511 and sales@prsgroup.com, or explore a subscription to PRS Online and/or ICRG Online today to receive political risk updates.

Back to Insights
This site uses cookies: Find out more.