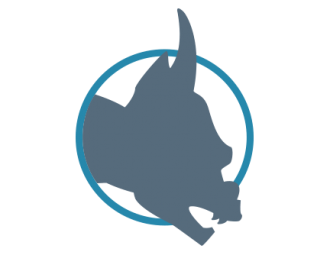 PRS’ coverage of the Americas this month includes updates on Colombia, Cuba, and the United States, as well as fully revised reports on Canada and Brazil.  Our analysis of Canada will focus on the implications of the Trudeau government’s loss of its majority status for policy implementation in what is one of the lowest-risk investment and trade environments in the world.  Conditions are far less sanguine in Brazil, where the far-right administration headed by President Jair Bolsonaro managed to secure the backing of a congressional supermajority for pension reform, but has made little headway in the promised battles against corruption and crime.  The erosion of the president’s popular support has raised doubts about the government’s ability to sustain a legislative consensus behind a program of structural economic reforms, including deregulation, simplification of the tax system, and ratification of a trade deal with the EU.  Our analysis will assess the government’s prospects for steering clear of the political hazards appearing on the horizon, and discuss the implications of Bolsonaro’s success or failure in that regard on the risks for foreign business interests over the next five years.

Our coverage of Western Europe this month includes two countries where environmental issues have risen to the top of the agenda and are shaping the political landscape. In Denmark, where the Social Democrat government is supported by red-green partners, Parliament has passed a new climate bill containing more stringent targeting to ensure carbon neutrality by 2050, including a larger reduction in carbon dioxide emissions by 2030. As our report explains, this will have far-reaching consequences for the country’s farming industry, which will likely create grassroots political tensions despite broad parliamentary support for the bill. Our report also looks into the political consequences of the government promising a strict immigration policy by continuing the work of its predecessor, which is bringing Morten Østergaard’s Social Liberals – one of the government’s main support partners – into conflict with Prime Minister Mette Frederiksen and her Social Democrats following earlier disagreements over more mundane budget matters. In Switzerland, we also evaluate how the stunning success of the Greens in October’s federal elections will influence policy-making, bearing in the mind the consensus-seeking constitutional framework guaranteeing executive representation for all four major parties. Our report also looks into relations with the EU as the two sides aim for defusing tensions and reaching a new framework agreement, and evaluates the outlook for the Swiss franc and monetary policy in 2020.

Looking at Eastern Europe, PRS will publish a revised report on Russia, where domestic unrest that erupted last year has abated, but the outlook for the business climate continues to be clouded by sanctions imposed by the US and the EU over Moscow’s meddling in the affairs of Ukraine.  The Russian regime is bolstering its position as a key power-broker in the Middle East and extending its diplomatic reach in sub-Saharan Africa, but its simultaneous overt and covert efforts to undermine liberal democracy in the west creates a high probability of international tensions that will heighten the risks for foreign investors willing to conduct business in the country.  In that vein, our report will also examine the policy implications of the government’s ongoing (and mostly unsuccessful) effort to stimulate faster growth without sacrificing stability, which may encourage limited liberalization during the current presidential term.

Our coverage of Sub-Saharan Africa this month includes detailed reports on the Democratic Republic of Congo, Ghana, and Côte d’Ivoire where we analyze the political risks building ahead of the October elections to install a new president, as Alassane Ouattara completes a second successive term. The latest cabinet shuffle has provided clues as to whom may succeed him given that Prime Minister Amadou Gon Coulibaly emerged strengthened. However, Ouattara has intimated he may plump for a constitutional amendment to thwart the presidential ambitions of key rivals if it risks a defeat for his party, The Rally of the Houphouëtists for Democracy and Peace (RHDP), which is otherwise assured victory against the backdrop of a strong economy. Heightened tensions between the main political parties could see a return to violence, not least given the rivalry between Ouattara and former rebel leader Guillaume Soro, whose refusal to join RHDP and instead side with Henri Konan Bédié, the 85-year-old leader of the Democratic Party of Côte d’Ivoire (PDCI) and former President (1993-1999) has led to him being prevented from returning to the country and an arrest warrant issued. Bédié is also believed to be currently in alliance talks with another former President, Laurent Gbagbo, living in Belgium, whose refusal to accept defeat in 2010 sparked armed conflict. Our report looks at how these issues are likely to develop over the coming year, and crucially how they might play into asset returns as we simultaneously focus on the outlook for key macro indicators, including GDP growth (supported by recent expansion of auto assembly and cocoa processing), fiscal sustainability, and other measures of economic risk.

Our coverage of Asia this month looks closely at the political implications of the bush fires in Australia for Prime Minister Scott Morrison coming so soon after victory for his Liberal-National coalition at the elections in May 2019. As well as evaluating how this will affect tourism, and the government’s industrial policy, our report looks at how the emergency spending will impact on Australia’s fiscal arithmetic and macroeconomic outlook. Our regional coverage also looks at the ongoing crisis in Hong Kong where protests continue despite Chief Executive Carrie Lam finally withdrawing her government’s controversial extradition bill. As we look into what the immediate future holds for the Legislative Council, Lam’s authority, and Hong Kong’s citizens, our report looks in detail at how the unrest has affected the local economy, notably in terms of retail sales, exports, visitor arrivals, and unemployment given also the unfavorable backdrop of global trade frictions. We also review the local elections that took place in November, and try to assess what they imply for the legislative voting scheduled for this September, providing another major flash-point for violence given the realities of the political system and the routine attempts to deny pro-democracy candidates from their rightful places in the legislature.

Coverage of the Middle East and North Africa includes an update on Egypt, where President Abdel Fatah al-Sisi has all but abandoned any pretense of democratic rule since suspending the National Assembly in October and issuing a directive to the National Security Agency to draw up a list of candidates “suitable to the public” to compete in legislative elections that have been delayed until November 2020.  The analysis will focus on the implications of further evolution toward the full re-establishment of the pre-Arab Spring system of autocratic rule for risks affecting foreign business interests.  Key issues on that score include the prospects for implementing crucial but unpopular structural economic reforms and the potential for the disillusionment of democracy advocates to be channeled toward political militancy, with negative connotations for domestic order.

Since 1979, The PRS Group Inc., has been a global leader in quant-based political and country risk ratings and forecasts. This commentary represents a sneak peek from our upcoming political risk reports. For more information please contact us at (315) 431-0511 and sales@prsgroup.com, or explore a subscription to PRS Online and/or ICRG Online today to receive political risk updates.

Back to Insights
This site uses cookies: Find out more.