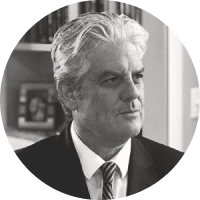 The month ended with a new geopolitical risk focus, occasioned by the visit to Taiwan of US Speaker Nancy Pelosi and members of a congressional delegation. The stopover in Taipei was separate from a tour of Asia that included calls on officials in Singapore, Malaysia, South Korea, and Japan. A communique was issued in early August stating the trip was designed to focus on “mutual security, economic partnership and democratic governance.”

Readers are doubtless familiar with the warnings China issued should the group touch down in Taiwan, ranging from general wordings along the lines of taking ‘strong measures’ against the US if Pelosi et al proceeded with the stopover, to more specific threats of military action.  We are all familiar with the reasons Beijing opposed the visit.

President Biden suggested publicly that the delegation’s stop in Taiwan wasn’t a ‘great idea.’ The National Security Council was opposed to the trip.  US allies were worried that Pelosi’s move could launch a crisis between Washington and Beijing.

For his part, President Xi Jinping is about to secure a third term at the Chinese Communist party’s national congress later this year and showing a lack of resolve in relation to the US’ actions would do little to display clear leadership.

So far, China has been pretty much on mark with its follow through to the Pelosi visit, with military drills in and around the Taiwan Strait being conducted shortly after the delegation left the island.  Live missiles have been launched, and war planes and ships have conducted activities. Taiwan has said that some Chinese jets have entered the air defense notification zone and a smaller number have crossed the ‘median line’ which has acted as an unofficial delimiter of Taiwan’s de facto territory. The Chinese moves forced commercial flights and ships to alter course. Additionally, the White House summoned China’s ambassador, Qin Gang, to protest. Later China said that it was ending cooperation with the US on certain key issues including climate change, anti-drug efforts and military talks. Sanctions were placed on Pelosi and on Taiwan.

Given the lack of consensus within DC surrounding the visit – coupled with China’s reaction – an obvious question is why did the trip transpire?  Reluctantly, I generally agree with the argument that the move was a last hurrah of sorts – a vanity play – for Pelosi since she is expected to lose the speaker’s chair after the mid-term elections in November.  Pelosi has also been a critic of China’s human rights abuses.  As such, since no major US policy initiatives towards China have been forged or modified in relation to the visit, the delegation’s trip was basically a symbolic move by a few politicians from the legislative branch of the US government.

Looking ahead, while many in Taiwan see tensions easing between Beijing and Taipei – now that China has demonstrated its military force – it’s very likely the present moment marks the beginning of months of saber rattling by various countries in the region. During the second week of August, Beijing has said that it will shift military drills to other areas in the region, firstly to a region to the north of Taiwan, in the Yellow Sea, near South Korea.  The exercises could continue until September.

Complicating matters slightly, there are local elections in Taiwan set for November. And any gestures by the ruling party to extend an olive branch to China (relations between the two governments are virtually nil at the moment) wouldn’t go down well among the party’s supporters.  Taiwan is expected to begin its own military drills soon, too.

While Pelosi’s moves have ushered in a wider deterioration in China-US relations, the prospect of war between the two nations still appears unlikely at this time.  As my firm has noted several times in the recent past, China does not seek instability in the region, but it does wish to expand its spheres of influence.  Indeed, referencing China’s claims in the South China Sea and its aggressive actions to shape the flow of traffic in the waters, Richard Harrell, in his chapter “A New Chinese World Order” in our book, Quid Periculum: Measuring and Managing Political Risk in an Age of Uncertainty (PRS Press, 2021), put it quite well:

“Ever since Xi took office the navy has been dredging the South China Sea using the sediment from the seabed to build artificial islands.  These islands, positioned in a highly strategic area through which one-third of global maritime trade passes, have been used as sites for ports, ammunition warehouses, airstrips, and other military installations.” (page 328)

In this context, the military drills around Taiwan also have an economic angle.  Chiefly, they demonstrate to the US that China can block Taiwan’s exports, sealing off the island, and halt the shipment of such hugely important items as semi-conductors.

On this score, the real political risks surrounding the events of the past week are ultimately commercial.  Given China’s larger strategic objectives – along with the consequences of the pandemic – multinational firms will have to continue to realign their longer-term stratagems, which includes M&A activity, capital spending, and other investments.  They will continue to be more selective of the countries or regions they choose to locate and to construct their supply chains.  This process has been going on for some time; the recent events surrounding Taiwan have simply pushed them further into the foreground.

Turning to what’s happening at PRS, our discussions continue with several leading North American and European business schools to create something truly unique in the AI/data driven geopolitical sector that will benefit both academics and firms alike.  As I’ve mentioned on many occasions: political and country risk can only be truly meaningful if it can be quantified over time and across jurisdictions; when it can yield exceptional empirical findings; and when it can be applied to the behavior and protection of assets.  It also helps when the data have been independently back tested for the past 30+ years and have become a staple in the academic literature. Stay tuned for a series of announcements this fall.

We have also received considerable demand for our recently-released new addition to our popular Researchers’ Dataset series – one that offers clients a more granular look at the political risk components of the ICRG, supported by 20 years of monthly data.  The new series works as an excellent complement to the other data bundles announced this year affecting ESG, corruption, and internal/external conflict.  Scores of academic studies have been conducted using these series, providing unique insights in asset volatility, government responses to the pandemic, and many more.  Contact us for more information.

Early-stage planning is set for a visit to the Philippines this fall, at the invitation of the country’s central bank.  Following a very pleasant meeting in DC earlier this year, we’re looking forward to gathering with a range of economic agencies and related organizations in Manila and outside the metropolitan area.

The Manila visit will come on the heels of a trip to Paris to further the work recently begun with the business schools and to engage with several France’s investment banks.

We also had a very enjoyable and productive meeting with officials from Kazakhstan’s anti-corruption agency during the end of July.  PRS continues to be impressed with the country’s efforts to enhance the well-being of the citizenry along with improving the business climate for foreign and local capital. We are all looking forward to seeing each other in December for the 20th annual International Anti-Corruption Conference in DC.

July was another prolific month for new and returning clients to the PRS family, ranging from some of the world’s top universities to the largest institutional investors throughout the US, Europe, the UK, and the Middle East and Asia.  Our data are now regularly featured as part of the IMF’s Working Papers series, various central banks’ research efforts, and among niche providers in the fields of petroleum research and ESG data.

Our ICRG political risk scoring changes were very robust in July, affecting over 120 countries (of 141) and over 130 individual political risk metrics!!

ICRG and related PRS data continue to be the gold standard of all geopolitical risk data among the scholarly and research communities. A recent study on sovereign debt found “…a non-linear pattern between public debt and economic growth via governance” using the WGI dataset of 106 countries for the period 1996–2015, along with our ICRG data for robustness checking.  “Although, public debt has negative impact on economic growth…the results are statistically positive and significant when public debt is interacted with governance, which confirms that governance is a channel by which public debt influences economic growth.” (https://lnkd.in/gxveVSqB)

Additionally, using our ICRG risk data, a study originally published as part of the Banco de Mexico’s working paper series and later in the Journal of International Economics considered the impact of political uncertainty on default incentives and sovereign debt and thus on the behavior of country interest rate spreads. Significantly, the piece looks at how changes in re-election probabilities affect a country’s risk of default and spreads. (https://lnkd.in/gWVp7YtH)

Finally, given recent concerns over central banks’ ability to tame inflation, a recent study using ICRG risk data considered the inflation targeting experience of emerging markets as “…an effective monetary policy framework to promote changes in the currency composition of their international debt.”  It was found that “…inflation targeting led to a 3-6 percentage point reduction in the foreign currency share of international debt in targeting countries when compared to non-targeting countries.” (https://lnkd.in/gmPnf9S8)

Christopher McKee is PRS’ CEO and Owner. An international political economist, global investor, entrepreneur, and author, Chris received his PhD from Queen’s University (Canada) and has been involved in the field of geopolitical risk, limited recourse financing, and private sector development for the past 25 years.