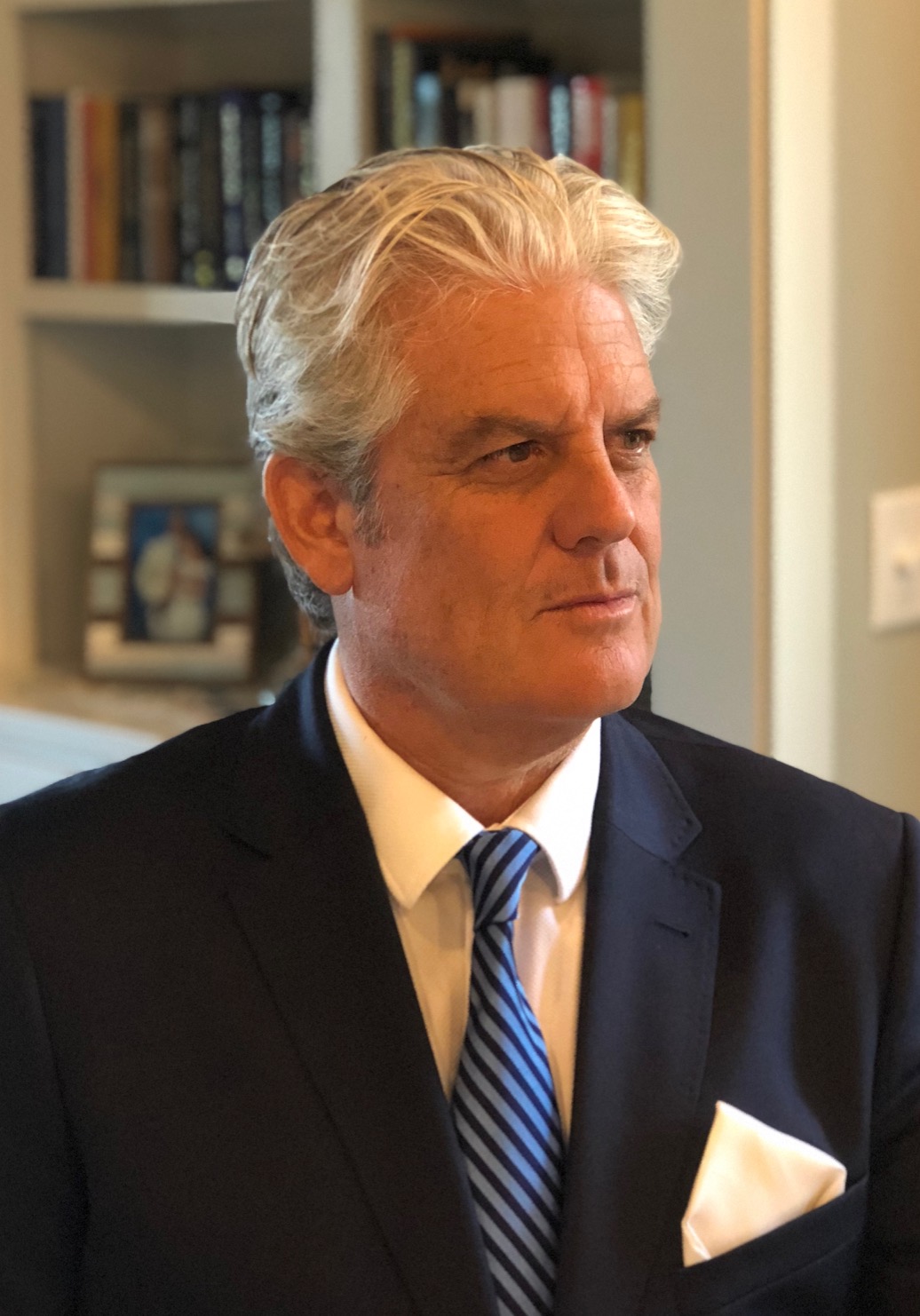 Dear Clients,
In my discussions with PRS clients and other interested parties, the conversation often centers itself on two different levels: On the one hand, there is the largely symbolic, political level, which is generally devoid of excessive detail, but which makes interesting conversation and emits sometimes strong emotions. On the other hand, there is the more grounded conversation, one that is concerned with details, usually driven by first-hand experience; something that is more operational- how ‘things really are’ for the lack of a better phrase.
We see this dichotomy play out regularly in the world of international finance and business.  A recent example will suffice: There has been much ink spilled over the future path of interest rates in the US, largely because of their positive effect on various assets and overall risk appetite.  President Trump likes to jawbone the Fed about lowering rates since he sees them as good for economic growth and for his chances at re-election next year.  Chairman Powell pushes back, warning that Fed policy should not be susceptible to shorter-term ‘political interests.’
Of course, this kind of exchange plays out well in the popular media. But it is not helpful for a large segment of our clients in the emerging markets field that are concerned with re-balancing portfolios, hedging exposures, and the like.  As meaningful examples, uncertainty on Fed policy does little to provide clarity for planning future debt servicing costs (in greenbacks), forecasting direct investment flows, anticipating sovereign risk rating changes, and hedging commodity prices, to name just a few.
The various planes on which such topics as Fed policy exist reminds me of a recent addition to the firm’s library: Austerity: When it Works and When it Doesn’t
The authors, three well-known professors, considered several hundred acts of fiscal consolidation employed by governments in developed markets in order to get their ‘fiscal house in order’ and often avoid recessionary conditions.  Clearly, the notion that austerity can produce growth is widely-accepted in the business and investment fields but not so much by the legion of bureaucrats that occupy governments around the world and by many academics.
To be sure, reviews of the book have noted that there is some question over the linearity of correlation and causation used in the case studies, and the relationship between growth, higher tax revenues, and lower spending as a percentage of the economy is not entirely cut and dried.  Indeed, little attention is paid to the consequences of lower spending.
On this basis, the professors’ approach reminds me of parts of another book (and a highly recommended one) on our shelves: Plato and a Platypus Walk into a Bar…, in which the nature of post hoc arguments are illustrated through jokes.  As an example:

Every morning she steps out on her front stoop and exclaims: “Let this house be safe from tigers!”  Then she goes back inside.  Finally, we said to her: “What’s that all about? There isn’t a tiger within a thousand miles of here.”  And she said: “See? It works!”

I think you get the point.
Turning to the world of political risk, some notable developments were covered by our analysts this month.  In Saudi Arabia, while Crown Prince Mohammed bin Salman bin Abdulaziz Al-Saud (MBS) will continue to be viewed in the West as a useful, and in some cases, necessary ally, the Khashoggi killing ensures that he will no longer be mistaken for a political reformer.
Nonetheless, in approving limited air strikes against Iran in response to the well-known drone incident, President Trump reportedly consulted with MBS on how to deal with Iran, leading some to speculate that the crown prince may have played a role in Trump’s decision to abort the mission.  Perhaps then it’s not surprising that Secretary of State Mike Pompeo met with King Salman and MBS in Riyadh on June 24 to discuss the creation of an international anti-Iran alliance. Significantly, the consultation highlights the potential for heightened tensions between the US and Iran to strengthen the bond between Washington and Riyadh, regardless of the Saudi regime’s failings with regard to human rights.
Over in Iraq, although oil income is expected to rise over the short- to medium-term, political risks will generate pressure on the government to increase spending, as Prime Minister Abdul Mahdi attempts to dampen popular discontent and parliamentary parties use the risk of defecting from the governing coalition to wrest budget concessions from the administration.  Security risks will likewise encourage higher levels of spending in that area.  On that basis, we expect the budget balance to move back into deficit in 2019.
The potential for conflict between the US and Iran to trigger a regional crisis that would have a significant negative impact on Iraq poses a downside risk to both the growth and budget forecasts.  Such a development would have negative implications for trade flows and, by extension, the current-account deficit, which is otherwise forecast to show a surplus amounting to close to 4% of GDP in 2019.
Finally, in Zimbabwe the government is under some pressure to show some results. On the privatization front, last year the Finance Minister Ncube set out a timetable for the sale of state-owned enterprises (SOEs) – a difficult task highlighted by official reports that note there are 23 insolvent companies harboring huge debts on the brink of collapse that the finance chief wants listed on the local stock exchange.
Ncube talked of nine SOEs to be partially privatized, including initially the telecoms operators NetOne, TelOne  Telecel, Zimpost, the People’s Own Savings Bank, Road Motor Services and Petrotrade, along with the Infrastructure Development Bank and subsidiaries of the Zimbabwe Mining Development, among other companies, while some smaller ones will be liquidated as going concerns.
In May, the government indicated these sales would begin to take place in the coming six months and given their huge cost to the treasury there is no reason to not expect some progress which will also ensure authorities are serious about reforming the economy more generally. It is estimated that more than 100 SOEs contribute just 2% to GDP, down from 40% in the 1990s, while owing up to $500 million in accumulated aggregate debts. However, the question remains as to whether these investments will prove attractive on the terms that are offered and given the uncertain political backdrop and economic uncertainties.
There is generally some optimism the government will make some progress under the IMF program with authorities pursuing a transitional stabilization program with plans to reform and privatize state-owned enterprises, and attempts made to cut down on corruption and generally improve the business environment. To that end, Zimbabwe has much to gain in light of the depressed ranking of 155th from 190 countries in the World Bank’s guide to Doing Business 2019, by building on the fact authorities have already made it easier to state a business, obtain construction permits, access credit and enforce contracts.
Clients should also note that PRS is about to unveil its new Preferred Client Advantage (PCA) in September.  Recognizing the large expansion of clients from the institutional investment sector there is a solid case to be made for the data of the International Country Risk Guide (ICRG) to come out earlier in the month. There is also a clear need for more intimate contact with me and our analytical group, and more frequent communication from PRS about the changes to the risk ratings as they are being formulated during the time between data releases.
The full details of the PCA can be had by contacting the NY office at 315-431-0511.
The forthcoming book on political risk – co-edited and written by Peter Marber and I – titled ‘Quid Periculum: Measuring and Managing Political Risk in the Age of Technology’ is progressing well and should be ready for order in the early fall.  Please contact the PRS Office in NY for details.
We are also planning on showcasing some of the main findings of the book at this year’s annual RiskMinds International Conference in Amsterdam in December. The five-day event is the world’s largest for those involved in the risk business, including buy-side investment firms, financial institutions, academics, and the like.  Don’t miss this one.
Finally, June was also a busy month for our ICRG index, with some 63 countries having their risk profiles adjusted, affecting just under 100 political risk metrics.
Thanks for your continued support, and please contact us if we can be of any assistance.

Christopher McKee is PRS’ CEO and Owner. An international political economist, global investor, entrepreneur, and author, Chris received his PhD from Queen’s University (Canada) and has been involved in the field of geopolitical risk, limited recourse financing, and private sector development for the past 25 years.

Treasury Yields and Asset Prices in the Middle East/Central Asia